At St Nicholas, we subscribe to, accept and believe the Thirty-Nine Articles, which are the basis of the Church of England. A shorter summary of what we believe is:

The fundamental truths of Christianity, as revealed in Holy Scripture, including: 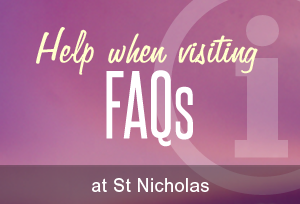 This email address is being protected from spambots. You need JavaScript enabled to view it.

We are located on the corner of Mitcham Road and Church Lane, a short walk from Tooting Broadway tube station view map